The “Castello” was built in the first half of the 13th century as home to the de’Ghiriglioni, a noble family originating from Milan.

The small fortress originally encompassed an area of 41 x 54 metres enclosed by a wall with four guard towers at each corner. The south-eastern wall bordered directly on the lake and the castle disposed of its own boat jetty. Moats around the three remaining walls offered further protection from potential aggressors.

After 400 years the de’Ghiriglioni family returned to Milan and with their departure the further history of the “Castello” was lost.

While the western area of the castle was almost completely destroyed over the centuries to make space for newer buildings, the eastern part – what is today part of the Hotel Castello Seeschloss – was used as private lodgings until the beginning of the 20th century and remained relatively well preserved. 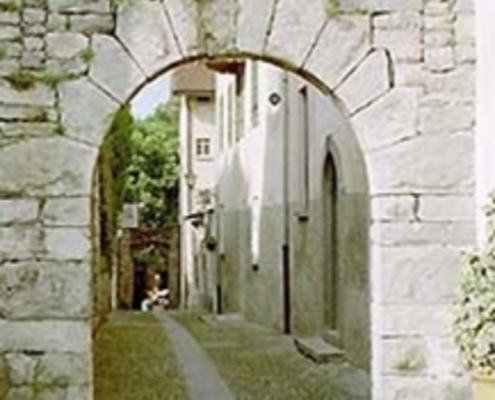 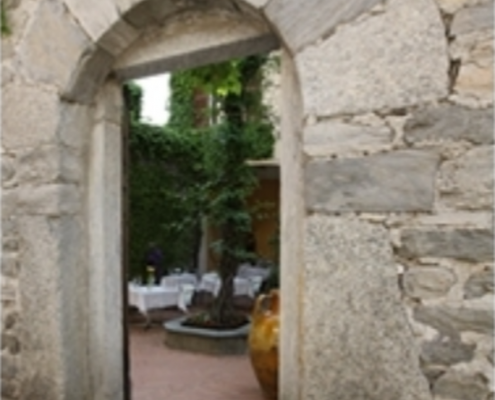 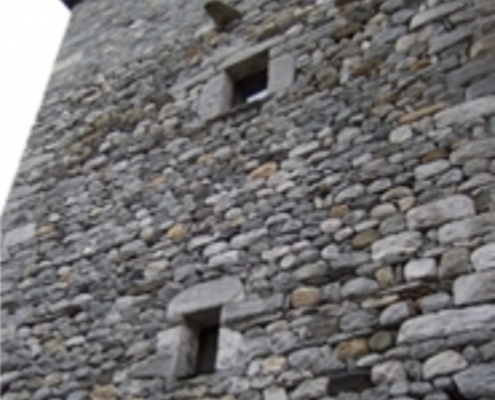 At this stage we leap in time until the end of the 19th century, when Ascona, due to its mild climate and the natural beauty of the surrounding region, attracted intellectual emigrants and artists from all over Europe for an exchange of thoughts on artistical, philosophical, sociological and political issues.

The “Castello” offered temporary lodgings to many artists, the most famous being Marianne von Werefkin and Alexej von Jawlenski, who lived at the “Castello” for three years from 1918 onwards.

In 1927 the main-building of the “Castello” was bought by the Swiss artist Hanns Wartmann who founded the first free art school of Switzerland within its walls – the Academia “Cavallo Rosso”. From 1928 onwards he also offered accommodation for tourists and the castle became a pension for the first time in its history. At the beginning of the ’30s he sold the “Castello”. In the stables at the back – where today lies the “Casa Marionette” and the tower by the pool – the artist Jakob Flach, together with his colleagues Mischa Epper, Fritz Pauli and Werner J. Müller, founded the marionette theatre of Ascona which delighted young and old spectators until the beginning of the ’60s.

The famous Swiss clown Dimitri, who grew up next to the “Castello”, held his first solo performances on the small stage of the theatre … the beginning of successful career as an artist.

In 1952 the family Willy Ris bought the small pension, whose main attraction was the small private beach, which extended way beyond where today we find the parking by the lake. The hotel’s own beach could be reached through the castle garden by the lake. 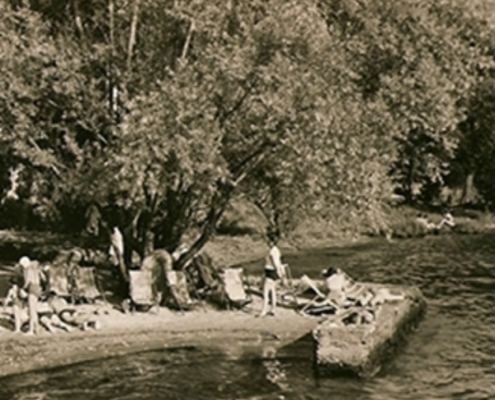 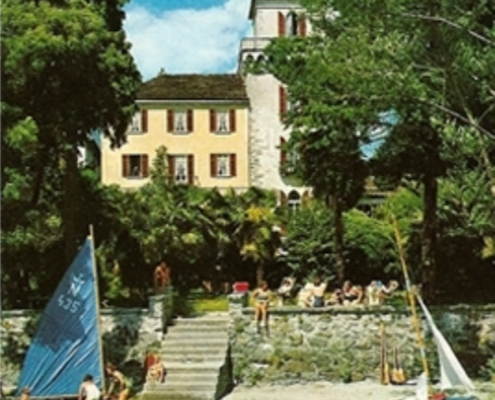 The old stables that housed the theatre were later on used by the protestant community of Ascona – in absence of an own church – to hold Sunday services and were finally torn down towards the end of the ’60s to make space for the “Casa Marionette” with modern bathrooms and large balconies.

The tower by the pool was completely renovated to add additional rooms to the hotel.

1987 the family Werner Ris took over the management of the “Castello” and over the following two years invested in major reconstruction and renovation works. The roof of main building was completely covered with granite tiles and the palm terrace in front of the hotel was remodelled, also in granite.

With the restructuration of the “Villa Rosa”, former private home of the Ris family, the hotel earned further 6 rooms. 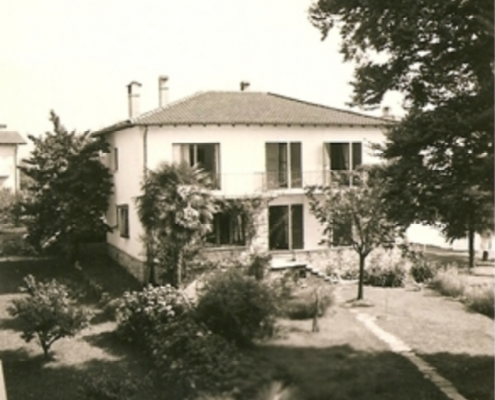 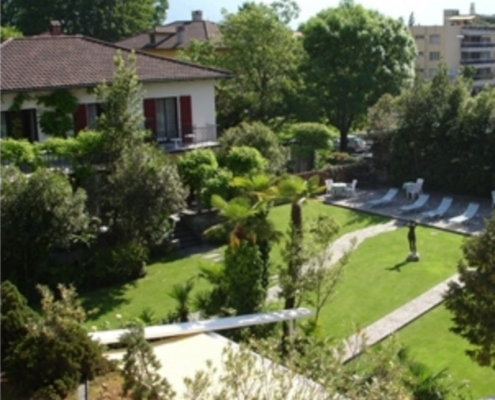 An open-air car parking was created behind the villa and with the construction of the hotel’s own garage, the garden area in front of the “Villa Rosa” was simultaneously levelled and connected to the main building via the breakfast terrace. Next to the garage a laundry was installed.

In the main building all rooms were equipped with en-suite facilities and completely redecorated.

The kitchen was transferred to the cellar to make space for the Ristorante “de’Ghiriglioni” with its blossoming courtyard.

An elevator was installed in the main building and the public areas were reorganized to create a more generous ambience.

During the renovation in the main building granite portals, mosaic floors and wall paintings were discovered and lovingly restored and integrated in the hotel’s structure after months of meticulous work by the restorers Nadia Fonti und Gabriele Grimbühler. 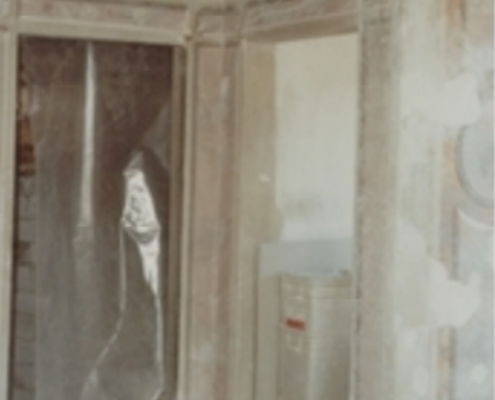 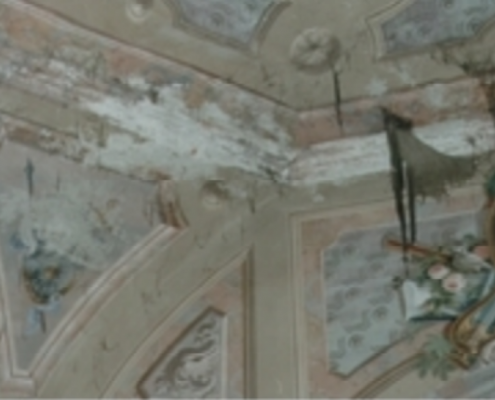 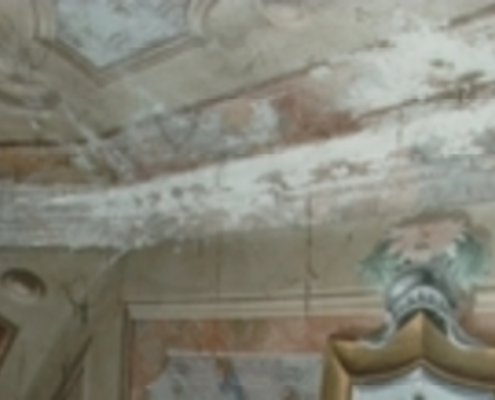 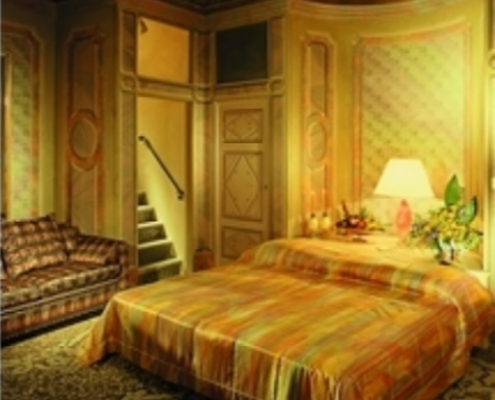 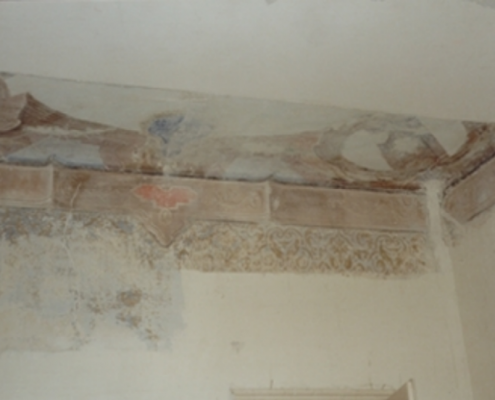 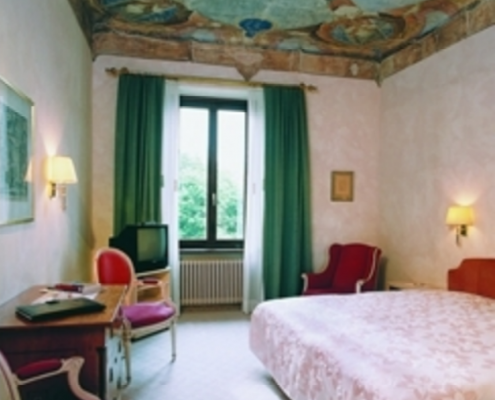 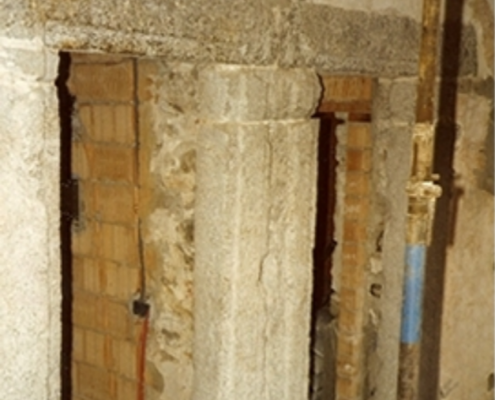 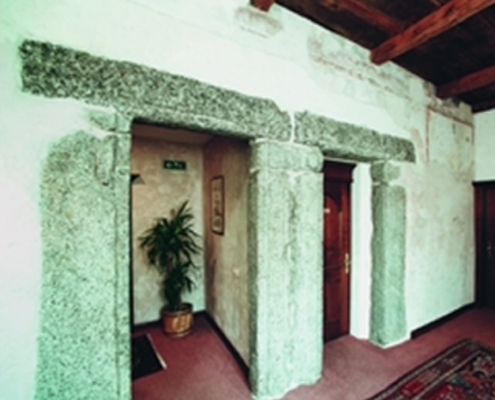 The castle garden by the lake, which until then was rarely used, was redesigned and with the construction of the pavilion and the terrace it now constitutes the only green oasis on the Piazza of Ascona, a pleasant location where guests can enjoy their meals in a tranquil atmosphere with a stupendous, unobstructed view on the Lago Maggiore and the Brissago islands.

The “Casa Marionette” was completely refurbished to keep pace with the new requirements. 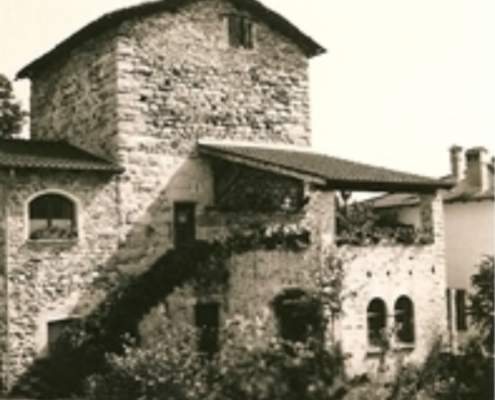 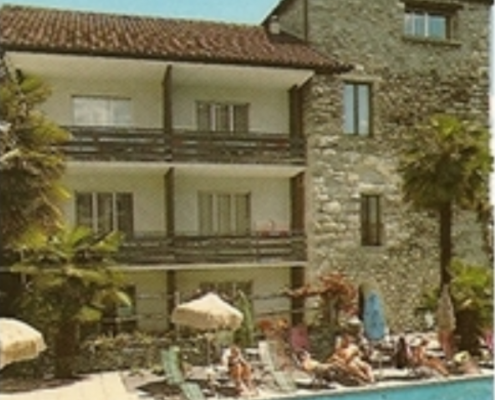 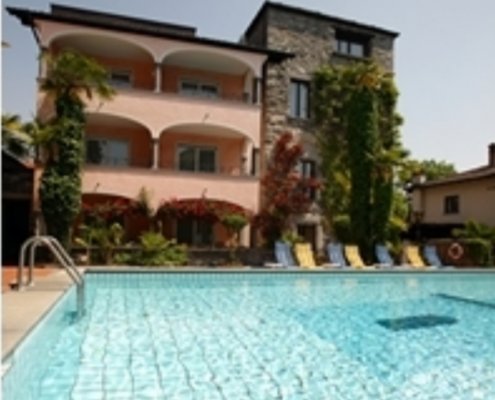 Located near the centre, with its large Mediterranean garden, the Romantik Hotel “Castello Seeschloss” is today a comfortable 4-star hotel in a unique position on the Piazza of Ascona. 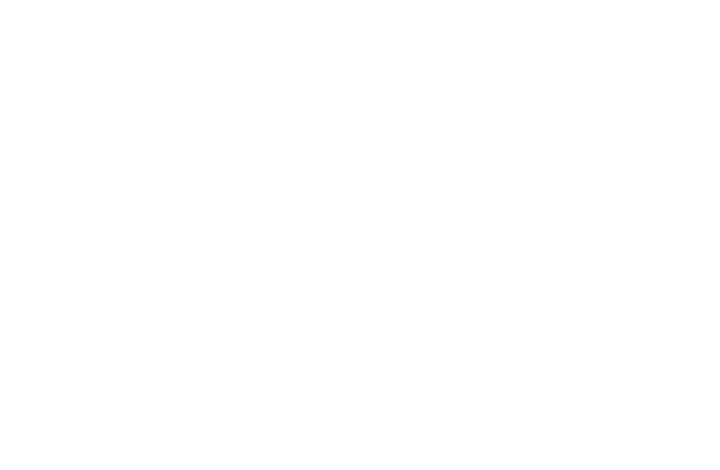